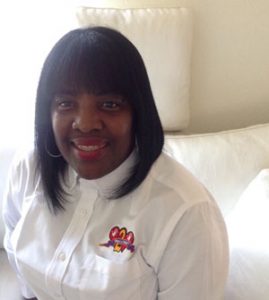 Mrs. Kathy Jones, wife and mother of two young men Leemon & Brandon. Founder of Heart2Heart & entrepreneur of Heal2Heel Shoes. Born in Shreveport LA, raised in Compton CA. Mrs. Jones has always been a people person even during her troubled youth. Kathy served in the USNG in 1981. Kathy worked for TWC for 28 years, left in between and applied to the LAPD where she trained as a detention officer. Kathy has over 29 years of customer service experience, coaching and leadership skills. Kathy has a strong believe that the key to life prayer .

In December 28th 2018 Kathy received a woman of Philanthropy award for previous community work with children from Comerica Bank . Kathy has also received  awards for helping change a community through the Heart2Heart shoe giveaway from Compton City Councilwomen and Assembly Senate member. Kathy’s heart has always been to change the life of a misunderstood teen. Kathy speaks in classrooms to children about bullying prevention and life skills.

Kathy has had the honor of serving with a team of (5) doing prison ministry with Chuck Holston & Minister Claude Victory throughout California .  Mrs. Jones has also hosted a teen cable talk show/mentoring young people from 2004-2006. With a group of six teenagers voicing their opinion on varies topics happening around the world. Mrs. Jones has  also, volunteered on mission trips to Ghana Africa, Guatemala, Mexico, Flint MI. where they gave away toys, books new shoes to children in villages. Mrs. Jones has written a mini book, called The Chosen. Her vision is to take a life changing word to children through shoe donation all over the world. She stands on good shoes take children to great places! 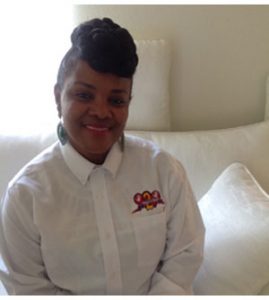 Oceal Victory-Meadows, Retired 34-year veteran of the Los Angeles County Sheriff’s Department, who promoted to the rank of Commander by Sheriff Lee Baca and assigned to Field Operations Region II.

Oceal’s career with the Sheriff’s Department began in 1978 as a Sheriff’s Station Clerk. In 1981, she attended the Sheriff’s Training Academy and upon graduation was assigned to the Sybil Brand Institute for Women. As a Deputy Sheriff, she held assignments at Lennox Station, Court Services East Bureau, Recruit Training Bureau, SANE Unit, Lennox Station Detective Bureau, and Commercial Crimes Bureau. She was promoted to Sergeant in February of 1998 and was assigned to Carson Station working as a Patrol, Detective and Operations Sergeant.

Oceal holds a Master of Arts Degree in Organizational Leadership from Woodbury University; two Bachelor of Arts Degrees, one in Theology from the Southern California School of Ministry and one in Criminal Justice Administration from Chapman University; and an Associate of Arts Degree in Communication from Los Angeles Harbor College.
She now resides in the San Diego area with her husband. She enjoys serving as a volunteer with various missionary organizations, traveling and spending quality time with her family. She finds motorcycling, horseback riding and an occasional golf game rewarding. 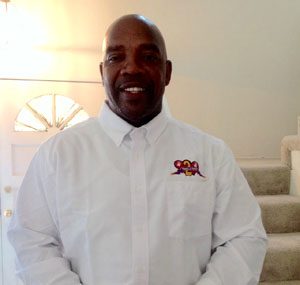 Alton Green is an entrepreneur,  he completed contractor school in 1991 and received his contractor’s license as a heating & air technician. Alton is also the President of Heart2Heart4you. In 1999 he joined Ecclesia Christian Fellowship and in 2006 he received ordination for Deacon and joined the Mission Team.    His vision was to travel all over the world and spread the good news. Alton has two beautiful daughter’s  Al-leshia Green and Rasheen Green.

He became involved with a non-profit organization called Samaritans Feet where he traveled to various countries sharing God’s word and giving shoes to those in need of hope.  Being obedient to God’s call he opened a regional office in San Bernardino in 2008.  Following this example he and his family established a similar non-profit organization, Heart2Heart in 2013.

Alton established a small construction and HVAC company in 2006 located in San Bernardino.  His construction company built many homes and apartment complexes in San Bernardino and worked along with The Jimmy Carter Habitat Project.  His construction company also does exterior and interior work in refurbishing houses.  Alton has received recognition certificates from Congressmen, Assemblymen, Senators, as well as the Mayor for the work he has done in the community of the Inland Empire.  Mr. Green uses his life story as a former gang member in Los Angeles to encourage others to turn away from their destructive paths and have been featured on several radio talk show programs for teens giving constructive information on how to get out of the gang environment. 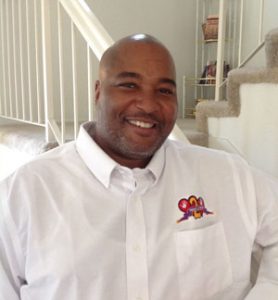 Mr. Michael Jones born in January 18th 1965 in Los Angeles CA.  Is a certified class A Truck Driver, he has over 17 years of driving an 18 wheeler all over the world.  Mr.. Jones has had his own trucking company called On the Grind Trucking back in 2008. Michael has served as a volunteer with multiply non-profit organizations, Samaritan feet outreach disturbing shoes, toys, hygiene products and Backpacks throughout Los Angeles County.

Michael turned his life of crime around back in 2005 from a former drug dealer and now serves as the treasurer and maintain the warehouse supplies. Mr. Jones excepted Christ as his personal Savior and has been on the battle field of spreading the good news. Michael has had the opportunity to share in classrooms of his mistakes and wants every child to know their are consequence of a crime.

Michael has also traveled to Ghana Africa as a volunteer where he gave away toys, children books, and clothing to an orphanage called New Life. NUN. Mr. Jones has  served as a volunteer camera man for a teen cable talk show back in 2005 capturing all the unique qualities behind the scene.  Mr. Jones enjoys cooking for the family, and was once the head chef in prison for  over 14 years where he prepared meals, menus, and cooked for over 150 people.

Mr. Jones has a servants heart and loves catering to the kids during the shoe giveaway.